AP Ventures is led by a highly motivated team with a proven investment track record. 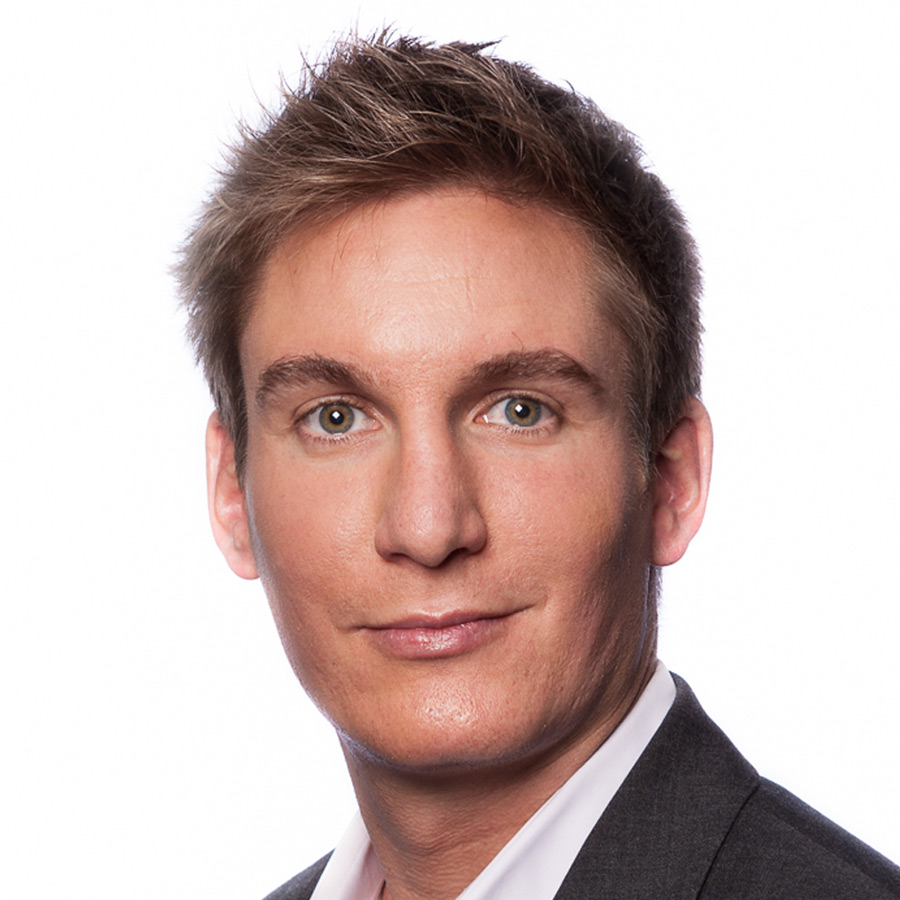 Alexis is an Associate at AP Ventures. He is responsible for deal origination, structuring and execution, and for supporting research into the hydrogen value chain.

Prior to joining AP Ventures, Alexis worked as a management consultant for Kearney, where he gained experience in Private Equity and M&A, Operations and Strategy, mostly in the energy sector. He also has experience as a startup founder of a payment services company, which he ran for more than two years.

Alexis holds a MSc. in Aerospace Engineering from ISAE in Toulouse, France, as well as a Masters in Management from London Business School.

Outside of work, Alexis enjoys cooking and eating, as well as outdoors activities, especially if it involves going up a mountain by foot or on skis.

Alp is part of the Deal team at AP Ventures, focused on deal strategy, origination and structuring. He is also responsible for opportunity mapping in specific segments of the hydrogen value chain. Additionally, Alp leads the relationship management with one of AP Ventures’ Limited Partners, Anglo American.

Alp previously worked as a Principal in Anglo American’s Group Strategy function. His background is in strategy consulting, having delivered projects for energy and industrials clients across Europe, North America, the Middle East and East Asia. He has extensive experience in portfolio optimisation, commercial strategy and corporate development. Alp also spent some time at RWE, an energy firm, working on their UK downstream commercial strategy and served as a strategic advisor to a US-based data analytics start-up.

Alp holds an MBA from Chicago Booth and a BA in Economics with general honours from the University of Chicago. He speaks English, Turkish, Spanish and Dutch.

Out of office, Alp enjoys hiking, swimming and reading history. 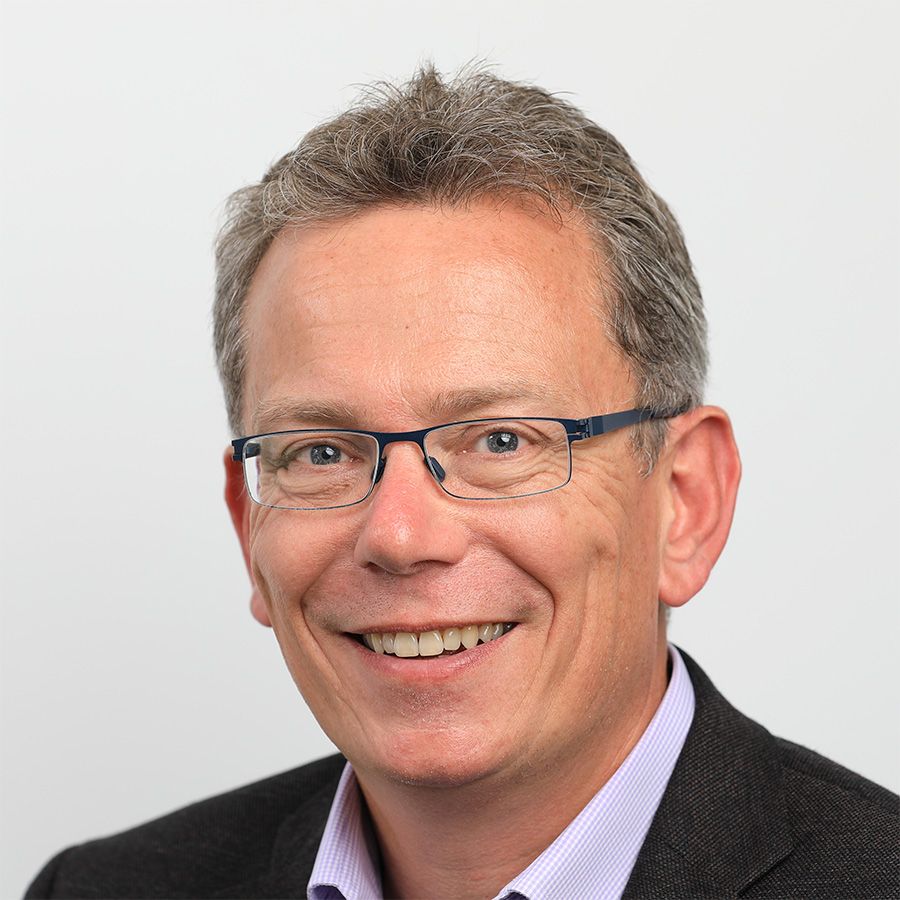 Andrew Hinkly is the Founding Managing Partner of AP Ventures. He is a board member of Ergosup, Food Freshness and GreyRock.

He has enjoyed a high profile career spanning more than 25 years working in the automotive and mining industries. He held a number of senior leadership positions at Anglo American, where he worked for a decade and was a member of Anglo American Platinum Executive Committee.

He previously held senior roles at Ford Motor Company where he was a member of the North American Executive Committee. At Ford he led the Production Procurement operations of Ford Americas and was responsible for $45 billion of annual purchases from over 40,000 suppliers.

Andrew is a committed sailor, cyclist and pilot. 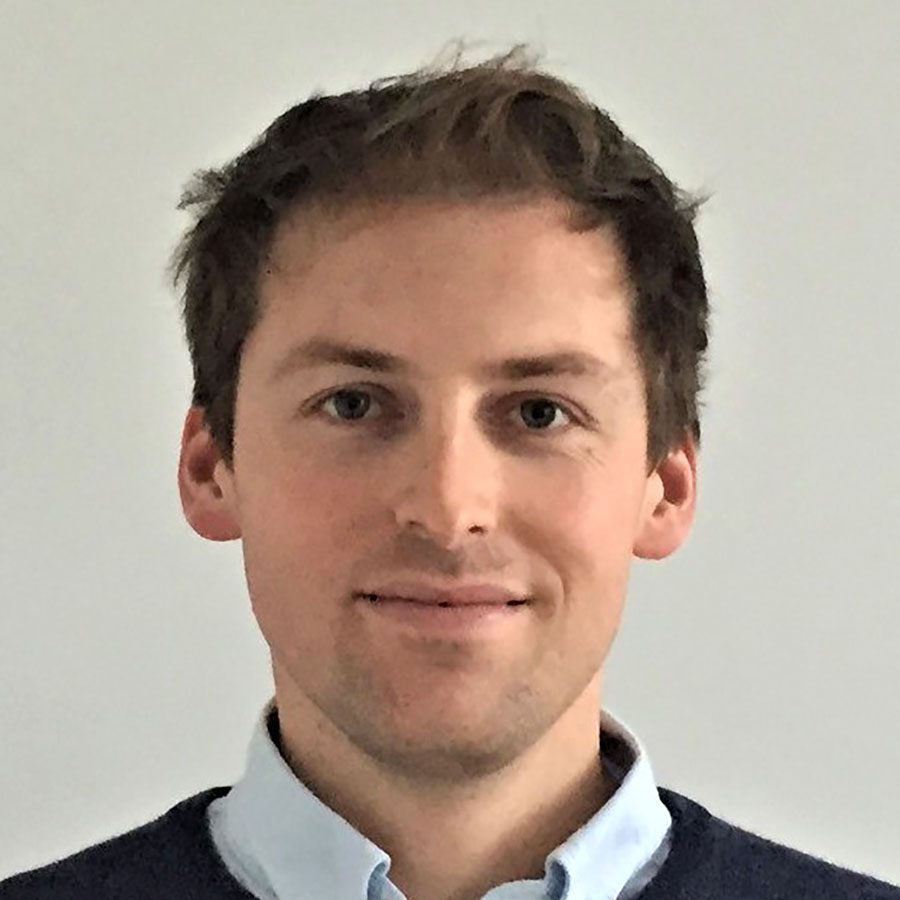 Charlie is a VC Associate at AP Ventures. He is responsible for deal origination, structuring and execution, as well managing deals post-investment. He also leads on research into attractive investment areas across sustainable energy, resource scarcity and changing demographics.

Charlie has a background in natural sciences, climate technology and natural resources. Prior to starting at AP Ventures he worked for 2 years in an investment bank, and for 4 years at EY Advisory.

Charlie holds an upper second-class BSC in Natural Sciences from Durham University and an MSc in Metals and Energy Finance from Imperial College London.

Outside of work Charlie enjoys walking, reading and playing the drums. He is passionate about a sustainable future for energy and resources, and enjoys learning about new technology and the impact it can have. 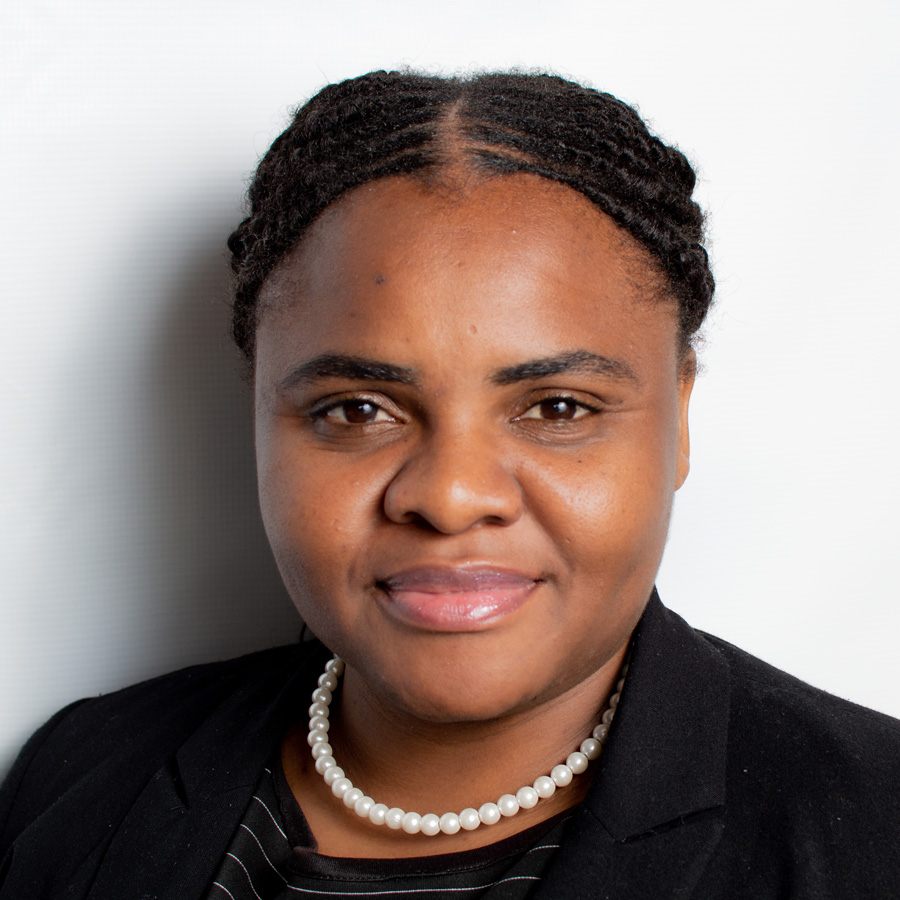 Daisy is a Finance Manager at AP Ventures. She is part of the AP Ventures finance team, responsible for the ongoing support for all financial control and regulatory reporting activities pertaining to the Funds. Daisy is responsible for a number of the key South African relationships as well as general investment evaluation and execution. Daisy is the secretary to the Investment Committee.

Prior to joining AP Ventures, Daisy worked for 4 years at an investment holding company as Finance Manager and was responsible for group financial reporting, financial administration and financial control of various investment holding companies and an asset management company within the group. She has also worked as an external auditor and internal auditor, responsible for risk assessment and risk management.

Daisy holds a B.Com (Accounting) and LLB from Wits University, Honours Bachelor of Accounting Science from Unisa and is also a Chartered Accountant. She also holds an MBA from Wits Business School.

Daisy enjoys spending time with her family and friends, baking, cycling and travelling. 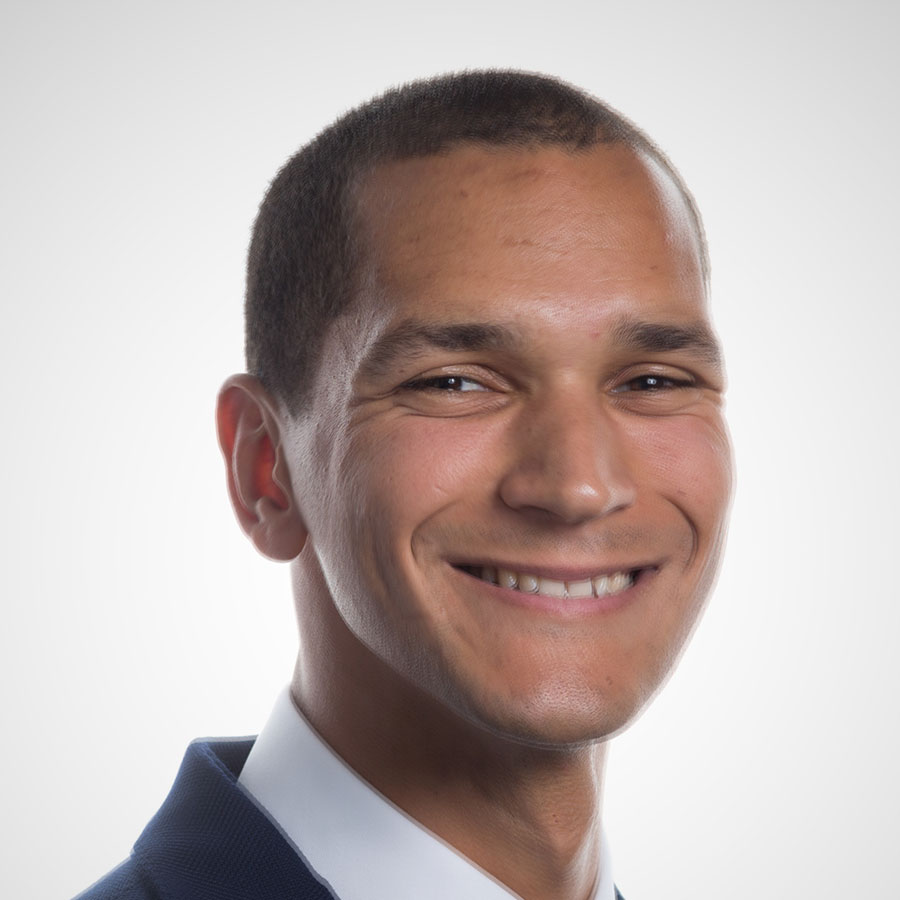 James is an Associate responsible for deal origination, structuring and execution, as well as supporting research into the hydrogen value chain. In March 2020, James led the Fund’s participation into the oversubscribed ZEG Power Series-A fundraise, a high potential blue hydrogen production technology company, based out of Oslo.

Prior to joining AP Ventures in 2019, James spent five years with BP Upstream Exploration where he specialised in technical engineering and project management of subsea well system projects, predominantly in the Caspian Sea region.

Outside of work James enjoys cycling, rowing and is a keen skier obsessed with off-piste skiing. 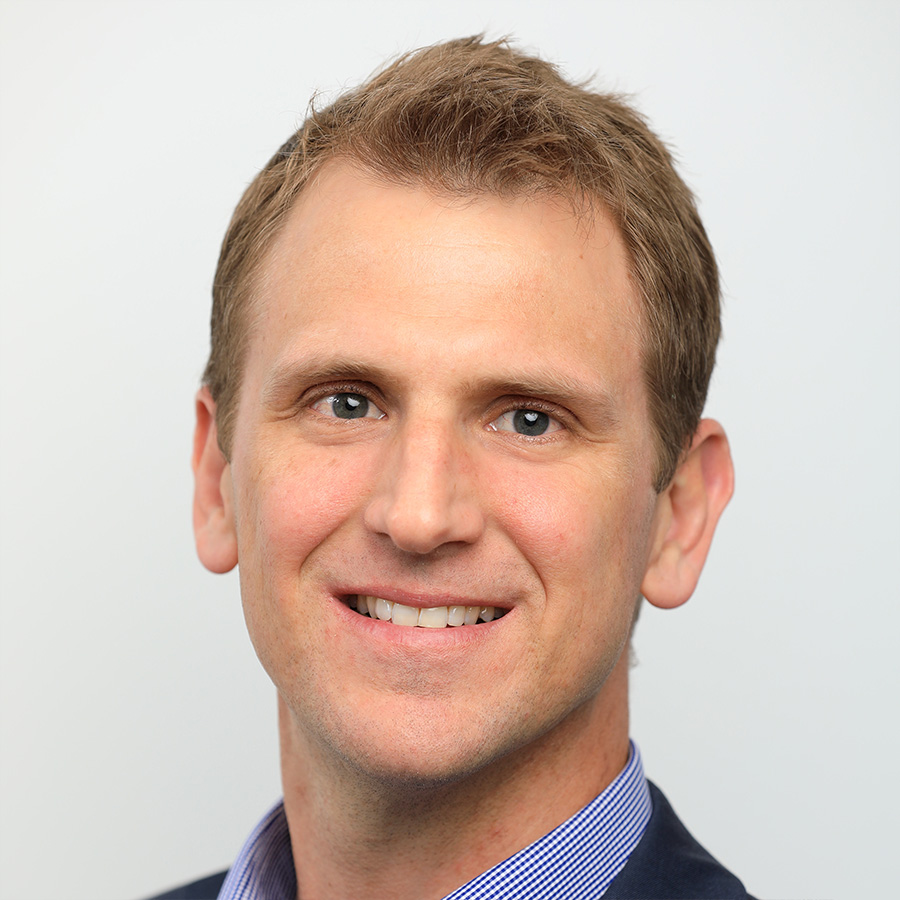 Kevin Eggers is a Founding Partner of AP Ventures. He is a board member of HyET Hydrogen and ZEG Power.

Kevin has a broad range of international experience spanning nearly twenty years, having worked extensively across Europe, South Africa and the United States. Prior to launching this fund, he was with Anglo American plc for ten years in various senior Commercial and Corporate Finance positions.

Kevin is passionate about discovering and investing in advanced technologies that have meaningful impact on the environment.

Kevin received his honours degree in Business Science from the University of Cape Town (South Africa) and is a qualified Chartered Accountant.

Away from investing, Kevin has completed numerous marathons, canoe races and triathlons but is most content walking around a golf course or sampling new wine. 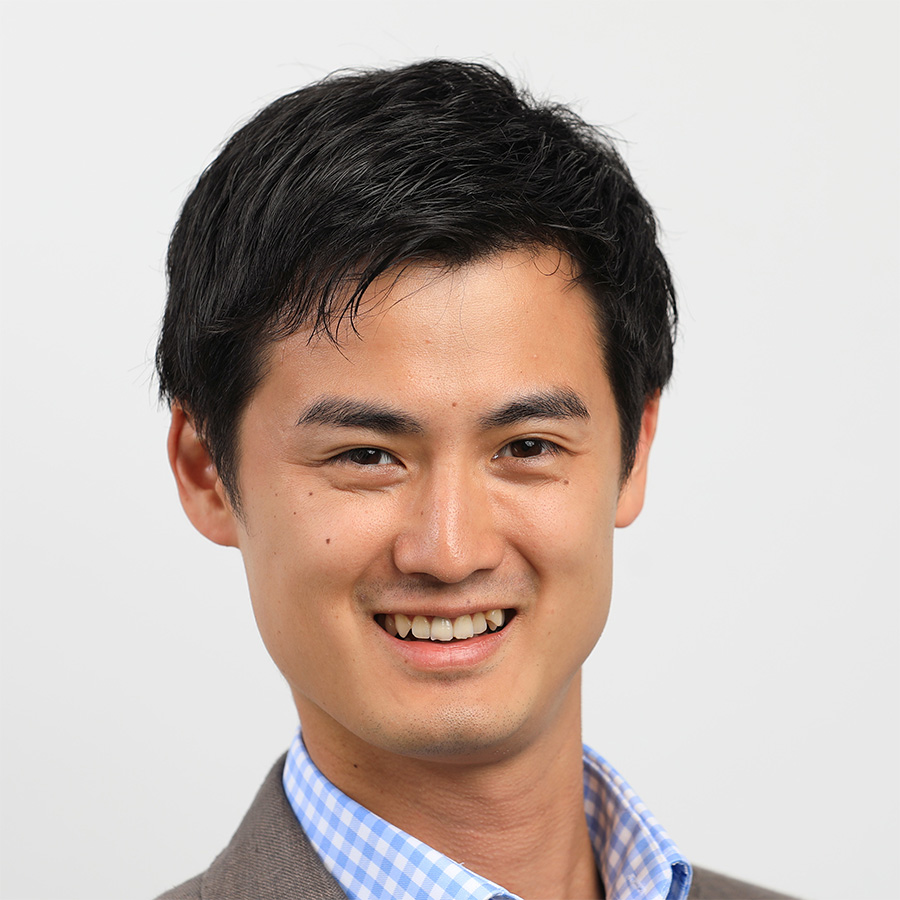 Kosuke is a VC Associate at AP Ventures. He is responsible for deal sourcing and execution, as well as supporting the management of portfolio companies. He also leads the relationship management with one of AP Ventures’ Limited Partners, Mitsubishi Corporation.

Kosuke has a background in natural sciences and commodity trading. Prior to joining AP Ventures, he worked for Mitsubishi Corporation’s Precious Metals Trading Team in various roles from trading/marketing to business development.

Kosuke holds a BSc in Mathematics and Statistics for Finance from Imperial College London.

Outside of work, Kosuke enjoys travelling, reading, and marine sports. 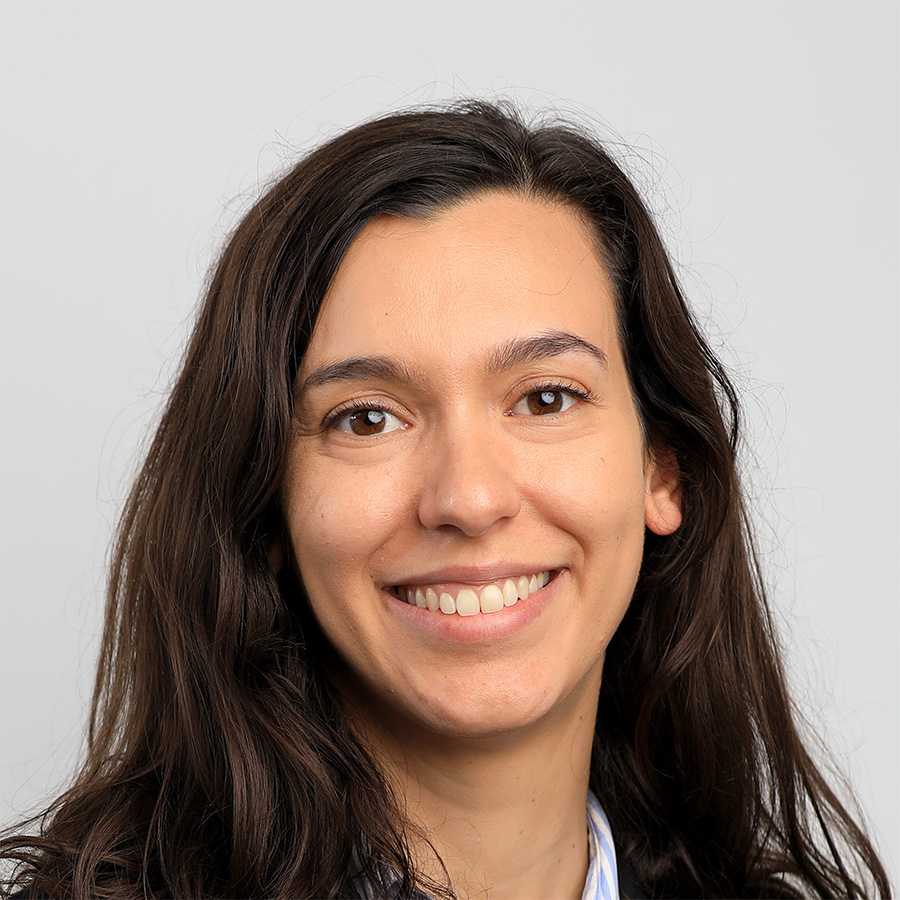 Prior to this role, she worked for 5 years at UNEP Mediterranean Action Plan in Barcelona as project manager for BAT4MED and SwitchMed. These projects contributed to the adaptation and adoption of the IPPC to Northern African countries and to the creation of a green business incubation program (selection, training, mentoring and access to finance) benefitting over 1400 green entrepreneurs in Morocco, Algeria, Tunisia and Lebanon.

Outside of work, Meryem is a keen traveller and a certified diver. 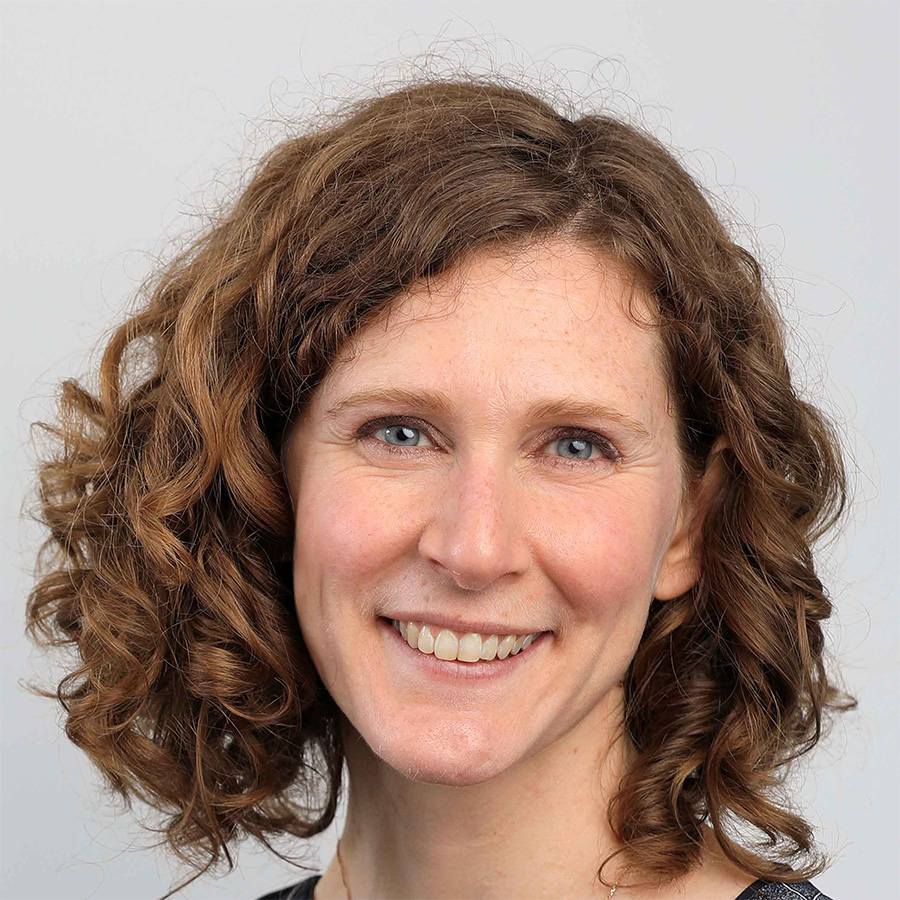 Michelle Robson is an Associate with AP Ventures focused on investment, portfolio management and management of the Fund’s Investment Pipeline. Michelle sits as an observer on the board of HyET and Hydrogenious LOHC Technologies.

Michelle has extensive experience in portfolio and business development, commercial strategy creation and implementation and new and innovative deep tech and digital technologies. Her international experience spans Europe and Australia.

Prior to AP Ventures, Michelle held a number of group and commercial strategy roles within Anglo American including establishing and leading Anglo American’s first digital and innovation function. Before this, Michelle was a Manager with boutique management consulting firm L.E.K. Consulting.

Outside of the office, Michelle enjoys running, yoga and exploring the world and the great outdoors with her young family. 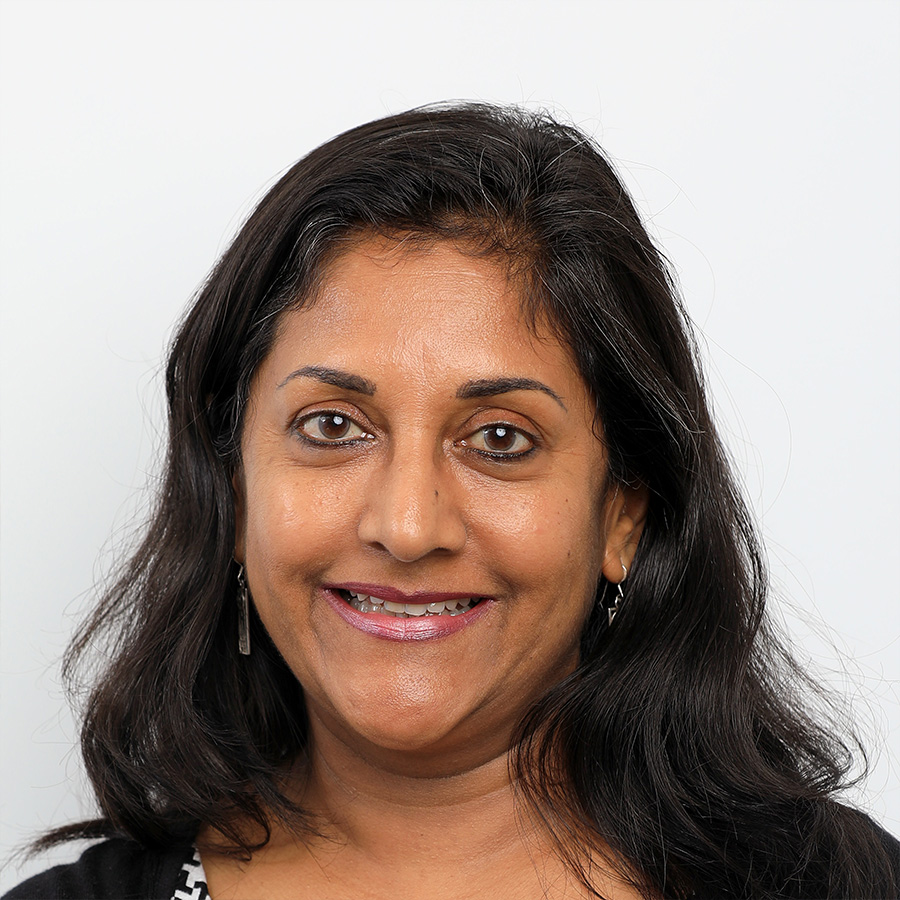 Pamela Darchiville is the CFO/Compliance Officer at AP Ventures and manages the Finance team. She is also responsible for HR and legal.

Pam has over 15 years’ experience working in the Finance team of VC and PE firms.

Pam is a qualified accountant and is a member of the Chartered Institute of Management Accountants. 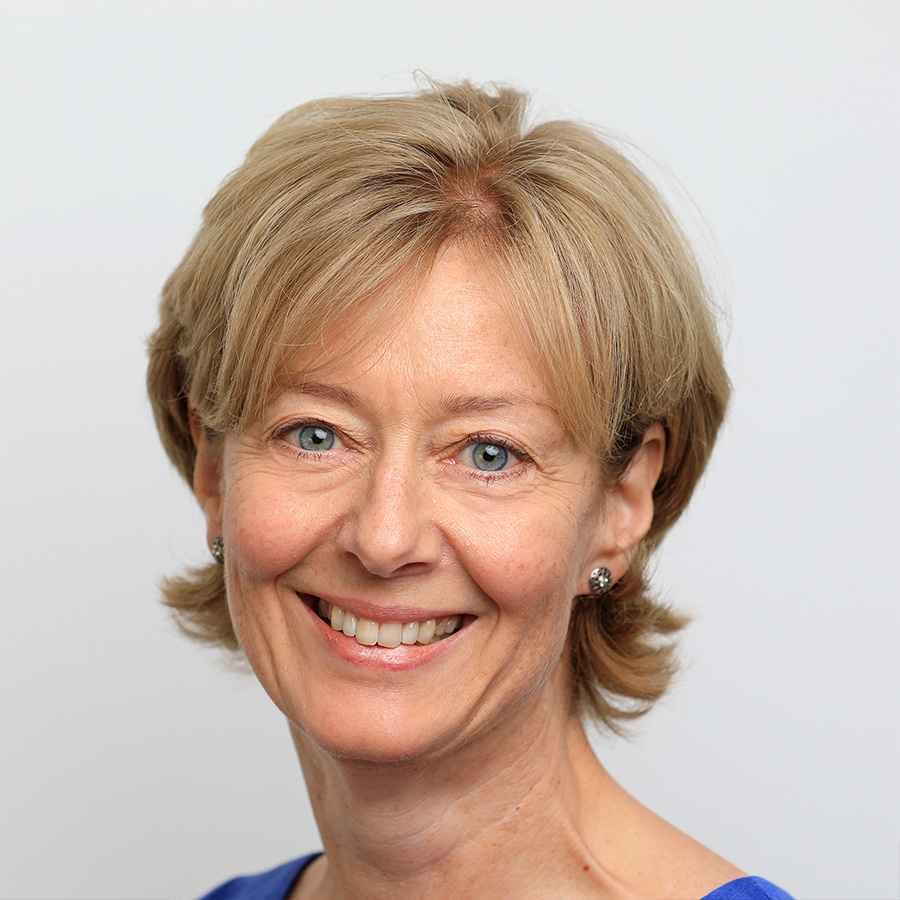 Penny Freer has worked with AP Ventures since its launch. She is the Chairman of AP Ventures LLP and also Chairs the Investment Committee and the Limited Partner Advisory Committee.

Penny has considerable business experience with more than 25 years working in finance where she has held senior leadership positions including at Robert W Baird where she was responsible for the Equity Capital Markets activities and was a member of the UK Board.

Over the past 10 years Penny has worked with high growth companies as an investor and as an advisor. She has also served as a non-executive director for listed companies and funds.

Penny holds a BA (Hons) in Geography from the University of Leicester.

In her free time Penny enjoys reading, skiing and sailing. 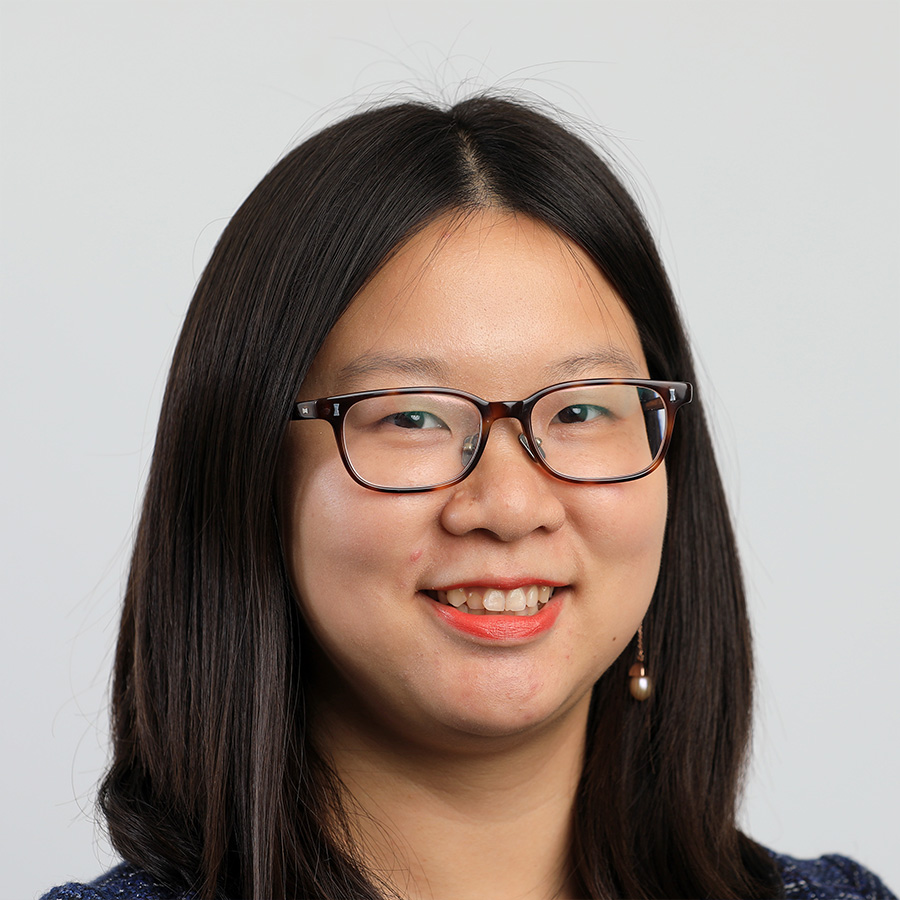 Ran Li is a Fund Accountant at AP Ventures. She is responsible for production of management accounts and various financial statements, drawdown and distribution notices for the Limited Partners as well as monitoring the company compliance programme.

Ran has a background in accounting. Prior to starting at AP Ventures she worked for 5 years in a medium size accountancy practice, and 5 year at IQ-EQ Fund Administration services.

Ran holds an upper second-class BSC in Finance and Accounting from Brunel University and an MSc in Risk Management and Financial Engineering from Imperial College London.

Ran is a qualified Association of Chartered Certified Accountants since 2015. 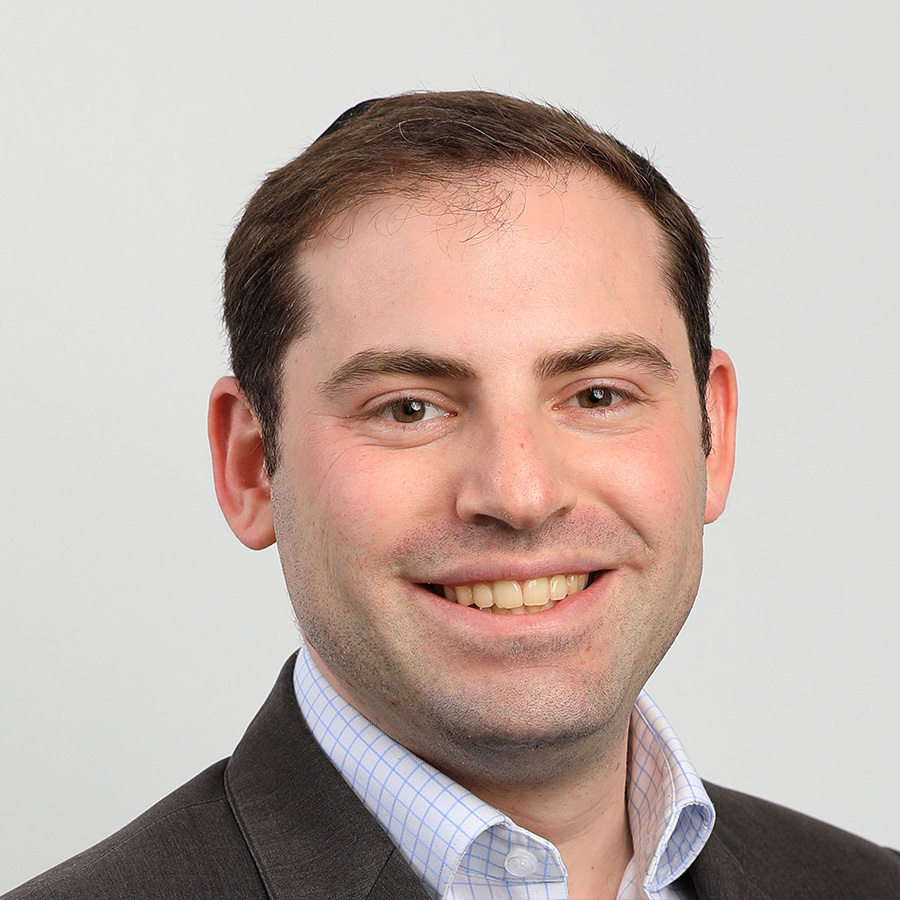 Yonatan Sher is an Associate at AP Ventures. After moving to London to join the corporate venturing fund within Anglo American Platinum, he assisted with the spin out of the fund into AP Ventures.

Before joining Anglo American, Yonatan was an Associate in the M&A Department of a leading South African corporate law firm, where he benefited from extensive exposure to public and private M&A and Equity Capital Markets transactions across many industries, including a significant amount of cross-border work.

Yonatan holds a Bachelor of Laws (LLB) degree and is admitted as an Attorney of the High Court of South Africa.

In his free time, Yonatan enjoys travelling, hiking and reading.

Success!
Thank you for signing up